At age eleven it was the first time I heard about anti-Semitism, the persecution of Jews in Europe during the 1940s and the Holocaust. I read the Diary of Anne Frank and started investigating its history and what had happened in Europe. I started to research about Jewish culture and religion. And I came accross my own story.

When I was eleven years old, it was the first time I knew we came from a Jewish family. Why had it remained silent for so long? Almost like a taboo. There was never any talk about Judaism at home. Although there were books on the subject in the library. Although Yiddishe literature was read. I started asking how and when.

“My grandfather Itche came from Poland” my mom told me.

Poland? Where was Auschwitz? Where did the Final Solution occur?

“My aunt knows more, you’re going to have to ask her,” he added.

In many talks with my great aunt, looking at photos, asking and looking at the story itself with a magnifying glass I could understand why this subject remained a taboo for so many years.

My great-grandfather Itche was the last of the brothers who emigrated to Argentina in 1936. But not the last of the family. In Poland there were three of his sisters and their parents. My great grandparents Abram and Bejle, stayed in their village Zyrardow with their daughters Frimeta, Chaja and Batszeva. The last letter that came from them was an album of photos in July 1939. And nobody heard of them since that date. 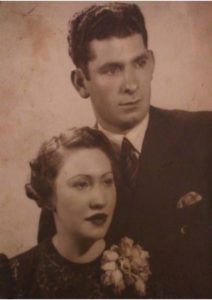 My research on the Holocaust became the search for my family history. And the history of Poland became my own story.

In 2018 I decided to travel to Poland and look for the traces my family left behind. I did not find much, but I did my job.

First of all, I saw the house where they lived in Zyrardow until 1914. And I met a Polish family, who lodged me in their house and took me around the city. Those who helped me track where the photos of my family were taken. And with whom we started a project to generate an archive of pre-war Jewish life in the town. 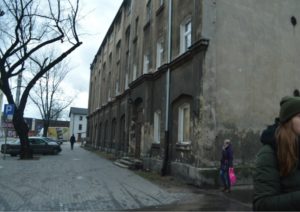 I also visited the traces of the ghetto that remain in Warsaw. The marks of the limits, the fragments of walls, the buildings that are still original, as well as the museums and archives. I found a Warsaw that is totally different from what it once was but still keeps one of the last places that the Jakubowicz family, my family, walked in. 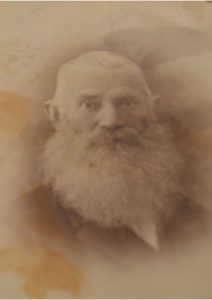 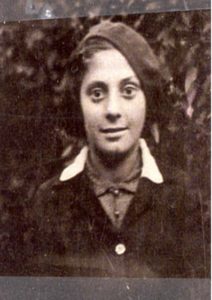 And I also went to Treblinka.

It is nothing similar to other concentration camps. The Nazis destroyed it and left no traces. They threw down the barracks, the ramps, the fences, the crematoria, and the gas chambers.

Now in Treblinka stones are erected with the name of the cities and towns where the Jews who were murdered there came from. Among them, Zyrardow. And there I buried my family. I left the pictures of Abram, Bejle, Chaja, Frimeta, and Batszeva, along with a stone for each one. And, for the first time in my life, I recited Kaddish. 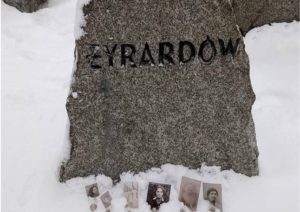 It not only meant that my family can rest in peace once and for all, but it is the way I found to revenge with the Nazis. My family could not choose what happened to them and how they died. The Nazis took away all possibility of choice. And I chose how to “bury them”. I chose how to finish their story. And it’s also the way to say “we’re still here.”

Poland helped me understand my history, reconnect with it and I was also able to give life to what seemed lost. I found tools to keep fighting.

In Poland I also understood how we are repeating history. I saw it during my visit to Auschwitz. People were visiting one of the greatest atrocities of mankind as an amusement park. Taking photos selflessly of the victims’ objects, shouting where silence should reign and even taking selfies in the place where more than a million people were murdered.

At what point did we stop treating a memorial as such and turned it into a tourist attraction? How can we change our habbits to learn from what happened?

And it was also at the commemoration of Auschwitz that I found a place filled with Polish nationalists with the slogan “remember the Polish dead” but with the aim of forgetting the Jewish victims. Their leader shouted down the entrance with the sign “Arbeit Macht Frei”, “let’s end the Jewish problem”, evoking, in the worst place, the worst times.

It was in Poland where I could understand the human dimension of the Holocaust. The Nazis were no monsters or crazy people. They were normal people, who at night returned home to have dinner with their children and wrapped them before going to sleep. And it is normal people who are capable of committing the same thing again. And we are also people who have the task to prevent it from happening again.

We are the ones who have to ensure a never again. So no other family will ever have to go through what happened to me. So that no one will ever suffer again.