A snapshot of terrorism in Africa 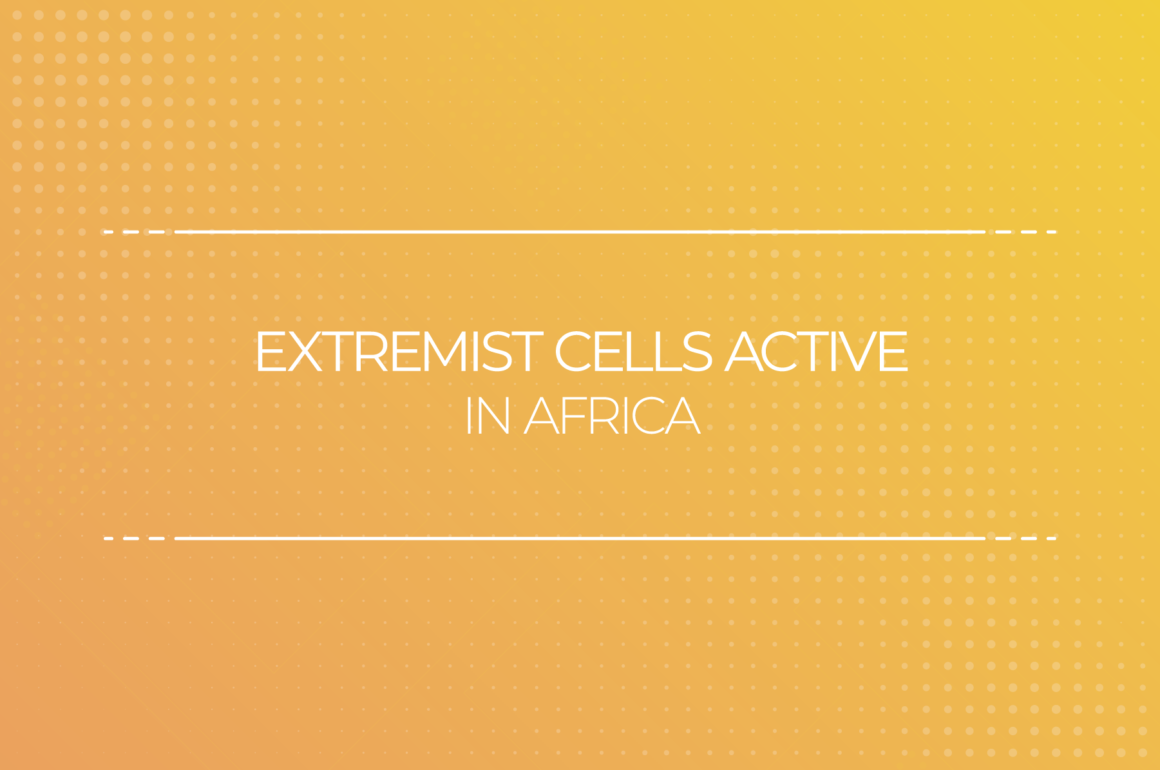 Due to growing terrorist activity in Africa, we asked Lieutenant Colonel Liam Morrissey at MS Risk Limited, to give us an overview of the situation in the continent. He served in the Canadian and British armies as a senior officer. In the late 1990s, Lt. Col Morrissey was offered to work as a security consultant with mining companies within conflict zones in Africa. As a result, he left the military in order to pursue this line of work. Since then, he has monitored terrorist activities in the region. As Lt. Col Morrissey puts it, terrorism “is not rife in every African nation” but numerous conflicts exist across the continent. Each terrorist activity is different and the causes are not universally the same, even if the impacts and effects share common outcomes. During our interview, he gave us a brief overview of the situation in the continent.

AFRICA ON THE SPOTLIGHT:

West Africa: conflicts fuelled by an Islamist insurgency across the Sahel region stretching Mauritania’s eastern deserts across the Niger. Mali and Burkina Faso are located in the epicentre. Over a decade ago, the conflict began as a separatist movement by nationalist Tuaregs in Mali but was hijacked by extremists. This has morphed into a patchwork of militant groups. The conflict has caught the world largely off guard and although there have been international efforts since 2012, terrorism has grown in scale within the Sahel area. Lt. Col Morrissey predicts terrorist activities in Mali and Burkina Faso can move further south and west.

Nigeria: there is active terrorism in the northeast of the country, especially in the restive Borno State. Boko Haram has waged a brutal campaign of violence which has involved mass kidnapping and killings. Boko Haram has splintered in recent times and the more extreme group carries on. However, there appears to be no clear vision of what they wish to achieve in the long term. In the South of Nigeria, a long-standing hybrid criminal insurgency carries on. In this part of the region, corruption and gainings associated with the oil wealth have become valuable coins on the hands of extremists.

East Africa: Across the other side of the continent on the Horn of Africa, Al Shabaab wages violence from southern Somalia with occasional actions in Uganda and Kenya. There are other conflicts and tensions that exist in places such as the Central African Republic, DR Congo, northern Mozambique, Libya, the Sinai region of Egypt and many others. Christian communities in Mozambique, for example, have been recently targeted by ISIS. 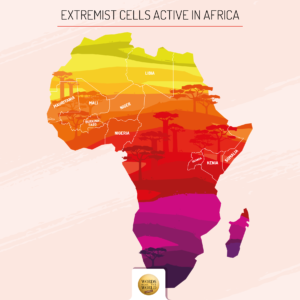 According to Lt. Col. Morrissey, there are significant threats posed by terrorism. The terrorist message is corrosive to society and attempts to destabilize the culture and undermine the framework of law and order. Besides the economic costs involved in terrorism prevention, Liam highlights its effects on Tourism and other sector revenue generators, which are deeply affected after terrorist attacks.

Lt. Col. Morrissey strongly accentuates that there is ‘‘no silver bullet or panacea to tackling terrorist activities in Africa’’. He considers borders a huge problem insofar many of them were formed in the aftermath of the Treaty of Versailles and later on in the 1950s-60s as a result of the independence process. The borders unnaturally separated tribal and ethnic communities and, to him, these issues are neither understood nor appreciated. In fact, these problems created marginalisation and have been used for recruitment by extremists. Corruption is another serious issue in the region.

‘‘As long as corrupt politics thrives, there will be room for militants to seduce dissatisfied people living in conflict areas with the hope for a new and better life” – highlights Lt. Col. Morrissey.

Education and Healthcare are also lacking and this means that people have become more vulnerable to messages spread by terrorists. “Poor security suits terrorists” – affirms Lt. Col. Morrissey. For example, the more destabilized and chaotic a region, the more extremist groups can point out governmental failures as a justification to violent actions. They often use religion, apparent social disputes, existing ethnic divisions, examples of poor governance and promises of caliphates or independence or new rules of like to make the masses feel they are being part of something better, in order to elicit ground support. From Lt. Col Morrisey’s experience, these are false messages even when some truth is entwined. The godfathers, the architects, and masterminds are truly seeking to create chaos and anarchy to maximise their influence and wealth. However, when there are law and order, with economic prosperity and a positive future for society and its citizens, terrorism ultimately fails. These conditions should be created in order to combat the scourge of terrorism across Africa. As Lt. Col. Morrissey says, ‘‘In fighting the scourge, we will see societies lift themselves to a better standard of living and restore hope’’.