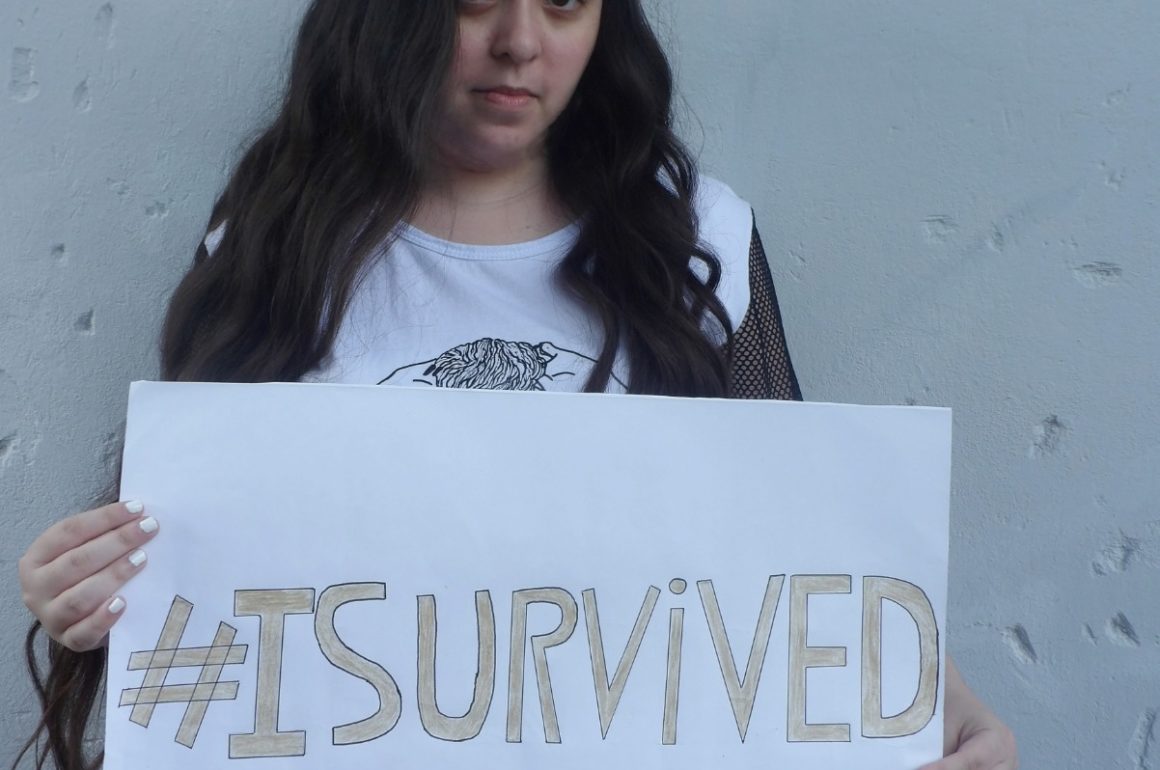 My name is Micaela Rodríguez, I am 20 years old and I am from Buenos Aires, Argentina.

When I was 4 years old my father started abusing me, telling me that we were playing like boyfriend and girlfriend. He told me it was a secret, that my mom could not know. I did not understand what was happening, nobody had ever explained to me that this could happen and that it was wrong.

Years passed and he continued molesting me in every way possible, he began to tell me that I liked it too and that if I told my mom, she would get mad at me. I was full of guilt, shame, fear.

When I became a teenager, he continued abusing me, my parents got separated and I had to go to his house frequently. My psychologist said my complaints were teenagers’ whims and that, even if I said I did not want to, I should go with him.

I started hurting myself. I hurt my body with any sharp object, and I started being medicated due to depression at 13 years old.

At age 15 I tried to commit suicide. I ended up hospitalised and I was asked thousand questions. I wanted to shout, speak up what was happening. While the psychologist was with me in the room, the abuser was outside.

A part of me wanted to live, I just wanted to end the pain because as a survivor, I didn’t know how I would feel. The abuses were likely to continue.

Only a year later, at the age of 16, I named the fear, what happened to me. I opened an account on Facebook “Por una Infancia sin Dolor” (For a Childhood without Pain) and shared what happened to me anonymously. Many people told me this was sexual abuse, that I should not remain silent. I just needed someone to tell me  that and give me strength.

Despite the fear, that year, in 2015, I said “I will not go back to my father’s house anymore, even if they force me” and they respected my decision, I was not a girl anymore.

That same year at school, I told my English teacher what my father had done to me for 12 years, she read my Facebook profile at that moment – which later became a page – and a few days later she made the report to the police

When my father’s family heard about my claim, they stopped talking to me, they blocked me from all social media platforms, as if the culprit was me.

But the justice system did not listen to me either, they questioned me a thousand times and they never interrogated me. They gave him the dismissal, they allowed him to go without charges.

By then, my Facebook page was more powerful than before, I gave myself the name of survivor and “For a Childhood without Pain” became for me and for many an icon for the fight against sexual abuse.

Today, I understand whose shame really is, who has to hide. I thought for years that I would take this secret to the grave and he would continue with his “loving father” mask. Today, I scream that the culprits of rape are not the short skirt, the place or the time, but the rapists. We do not shut up anymore.

« Previous post
Islami.co: how the internet has been used to challenge hate in Indonesia
Next post »
MICAELA, LA SOBREVIVIENTE