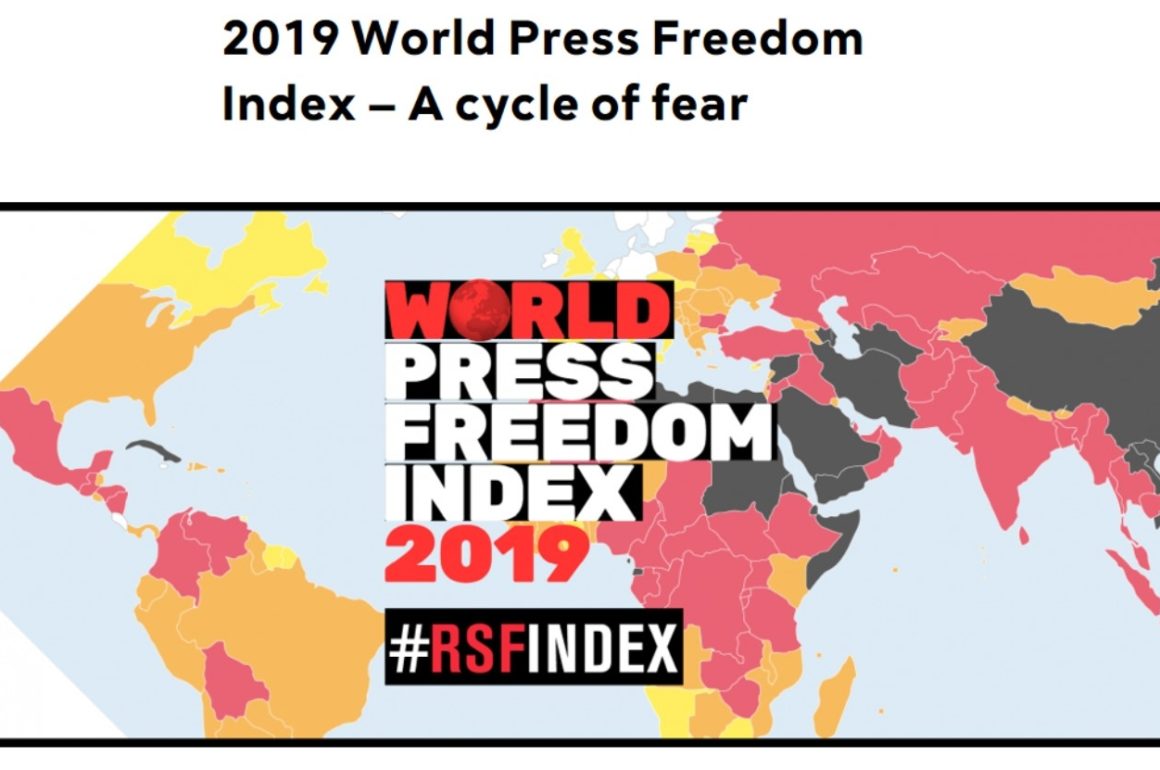 The “World Press Freedom Index of 2019” report published every year by the organization “Reporters Without Borders” parallels the rise in hatred towards journalists with authoritarian regimes.  The study shows that, as authoritarian discourses grow, the number of countries considered safe for reporters decreases. The survey is conducted through a questionnaire on restrictions and violations of press freedom in 180 nations. The higher the score, the lower the security for journalists.

For the third consecutive year, Norway ranks first in terms of security for journalists, followed by Finland and Sweden. According to the report, only 24% of the countries surveyed are considered “good” (classified as white on the Freedom of the Press Map) or “reasonably good” (yellow). 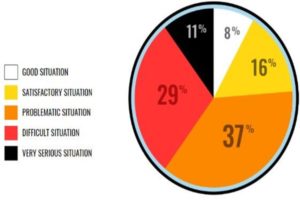 The region that had the largest fall in the number of countries safe for journalists is formed by the Americas (North and South). In Nicaragua (114th), journalists are physically attacked while covering protests and are forced to exile. Mexico is considered one of the most lethal countries in the world for the media: at least ten journalists were murdered in the last year.

The United States (48th) and Brazil (105th) also became less secure. According to the report, US journalists have never before been subjected to so many death threats. In June 2018, four journalists were executed in a massacre at the newsroom of the Capital Gazette in Annapolis, Maryland. In Brazil, the situation of media professionals has worsened since the end of last year and the country has lost three places in the ranking.

“If the political debate slides surreptitiously or openly towards a civil war-style atmosphere, in which journalists are treated as scapegoats, then democracy is in great danger” – highlights the RSF secretary-general Christophe Deloire.

Although the Middle East and North Africa region score has not dropped sharply, the area remains the most difficult and dangerous for journalists.

Russia (149th) and Turkey (157th) continue to persecute independent media vehicles and Turkey is the country with the highest number of journalists held in prison.

Africa is a continent of contrasts with regard to the safety of journalists. After a change of government, Ethiopia (110th) freed all of its detained journalists and took a 40-point jump in the index. However, the situation remained delicate and unchanged in countries such as the Democratic Republic of Congo (154th) and Somalia (164th). While Somalia continues to be considered the deadliest nation in Africa for journalists, the Democratic Republic of Congo was the country with the highest number of violations registered by Reporters Without Borders in 2018.