More dark than disturbed, but almost always dogmatic, intolerant. That is how the article “Exploring the Radicalization Process in Young Women” written by Clara Isabel Morgades-Bamba, Patrick Raynal and Henri Chabrol, describes the traits of young women who are likely to join terrorist groups. Since women has played an important role in terrorist groups that is frequently overlooked by the academia, the research tries to understand what may drive an young woman to radicalize.

What makes a woman decide to join a terrorist group? The common answers could be depression, anger, high involvement with their religion. Is that right? Yes and no. In order to answer these questions, the authors of “Exploring the Radicalization Process in Young Women” interviewed 643 women aged between 18 and 29 who study in French colleges. The reason why they have chosen college students was not a coincidence: these students tend to be more vulnerable to identity crises, conflicts regarding uncertain futures, and they also tend to seek approval. These three elements turn them more susceptible to radicalization. No wonder we have seen a prevalence of high education among violent extremists.

Although it is well known the influence of social-cultural factors and some psychological issues on radicalisation, there is no empirical research on how dogmatism may affect this process and it has appeared several times during the research. Dogmatism is associated with fanatism and authoritarianism (broadly speaking, it can be understood as the lack of patience with other people’s beliefs and principles). According to the authors, since dogmatic attitudes are linked to social identity, cultural stress, social distance, and religiosity, it can be claimed it could mediate the effect of these factors on radicalized behaviour. The authors also mention the so-called “radicalisation of action” (when signs of radicalisation become visible through an individual’s actions) are often preceded by the radicalisation of though.

In order to test the influence of dogmatism on radicalisation, the authors tested a predictive model of radicalisation with women who agreed to participate in the research. They analysed how socio-cultural factors, some traits of personality and depressive symptoms would lead to radicalisation through dogmatism. The results may contribute to develop more efficient policies to prevent radicalisation, especially in universities:

Although some studies have shown mental disorders are frequently found among radicalised individuals, this research reinforces the claim that dark personality traits – called by the authors as the Dark Tetrad (Machiavellianism – coldness, tendency to manipulate other people; psychopathy – lack of empathy or remorse; narcissism – sense of dominance and superiority; and sadism – tendency to humiliate and hurt other for pleasure) – facilitate religious radicalisation among women whereas psychopathological features don’t. That is why they claim radicalised women are more dark than disturbed.

In the light of these findings, the authors give some recommendations to prevent radicalisation, especially in universities: 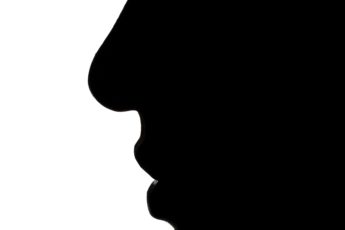 How does it feel to be a woman in Brazil?