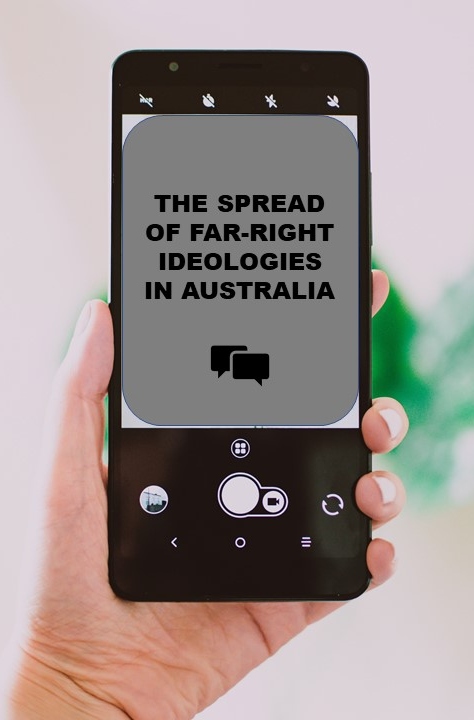 In July 2019, Jade Hutchinson’s article “The New Far-Right Movement in Australia” analyzed the growth of the far-right movements in Australia over the last few years. According to the study, new far-right parties – such as One Nation – are spreading the message that minorities would be unfairly receiving opportunities and benefits in place of the “true Australians”. The researcher also draws attention to the use – by far-right groups – of the growing number of attacks perpetrated by jihadists in the country as a justification to hostile actions towards Muslims – a phenomenon that was recently described by Julia Ebner in her book The Rage (2018).

According to the author, far-right groups use this information to manipulate the population into believing that Muslims undermine Western civil liberties. The study indicates that this misconception has fuelled Islamophobia and xenophobia in Australia as citizens are motivated to believe that Muslims are a “dangerous minority” and therefore should be removed from Australian society to prevent possible terrorist attacks.

According to the article, new Australian far-right groups are more diverse in the sense that they have managed to attract individuals from different ethnicities. These multi-ethnic and ultra-nationalist individuals were embraced by far-right groups as an attempt to strengthen them and such strategy should be considered as a multicultural maneuver. Hutchinson underscores far-right ideology still sees other cultures as inferior, especially Muslims.

In 2017 and 2018, there was a large adhesion of multi-ethnic individuals to Australian far-right movements. The ideology, however, remains the same: there is hostility towards Muslims, who would be responsible for “infecting” Australian culture with their religion and culture.

Unlike old groups, the new ones rely on the internet as the main tool for recruitment. This presence in the virtual environment was crucial for the spread of far-right ideologies. The author states that individuals feel free to share their opinions on the internet regardless of their impact, especially because they can remain anonymous.

Hutchinson also discusses the role played by television and radio in the spread of radical ideologies whenever they either reproduce messages available on the internet or give space to representatives of far-right groups.

To Jade Hutchinson, far-right groups in Australia are following the global trend in the sense that they are becoming more and more violent. This behavior has been influenced by the media insofar it amplifies the voices of people who stigmatize minorities, blaming them for the problems faced by the country.

In 2016, far-right activist Philip Galea was arrested for planning to blow up an explosive in venues used by  left-wing pro-multiculturalism groups. In June 2017, during the anti-Islamic “Australia Pride March” in Melbourne, several participants were arrested carrying weapons such as knives and knuckles dusters.

Jade Hutchinson concludes that Australia is experiencing a growing wave of far-right movements. This phenomenon endangers the civil, political and social rights of minorities, especially Muslims. Hutchinson also points out that without social welfare initiatives, violent extremism against Muslims is likely to be normalized in society.

The article is available at the link below: