Many people believe racism is solely connected to individual prejudice. “Racism in the Structure of Everyday Worlds: A Cultural-Psychological Perspective” is an article that calls attention to racial discrimination as something systematic and fuelled by social inequalities that have an impact on the division between racial groups.

Written on December 7, 2017 by Phia S. Salter and Glenn Adams – both from Texas A&M University – and Michael J. Perez, from the University of Kansas; the study explores historic examples of cultural ideas and practices that increase racial inequality. Furthermore, the study sheds light on three key aspects of the psychology of racism: 1) one can find racism embedded in our everyday worlds; 2) we inhabit cultural worlds that, in turn, promote racialized ways of seeing, being in, and acting in the world; 3) through our preferences and selections, we reinforce racialized contexts in everyday action.

Racism is frequently used as a synonym to other words like prejudice – biased feelings or affect-; stereotyping – biased thoughts and beliefs, flawed generalizations; discrimination – differential treatment based on physical traits or beliefs; and bigotry – intolerance or hatred. The article defines racism as something encouraged by the thoughts and ideals of each individual. From this perspective, racism is perceived as a systematic problem that has an impact on society’s historical and cultural contexts, shaping ideas, and practices of different cultural groups and, consequently, fuelling existent inequalities among races.

From where Richard Schweder stands – an American cultural anthropologist and a figure in cultural psychology – “…psyche and culture are inseparable outgrowths of one another”, therefore, the paper indicates that “there is a dynamic relationship between psychological manifestations of racism in the mind and psychological manifestations of racism in the world.” In other words, there’s a direct relationship between racism in the world’s organization and racist practices of individuals. The issue can be perpetuated and replicated in the long-term according to one’s preferences and beliefs.

Phia, Glenn, and Michael start the article discussing the need to talk about how racism constitutes modern society as a means to shed light on how it is part of the structure of everyday words. It’s not just about hearing someone saying a racial slur, for example, but also about paying attention to racism embedded in America’s institutions and practices. Therefore, as the text points out:  “… representations of race, ethnicity, and nationality have never been just reflections of neutral categories; rather, they are historically derived ideas about superiority and inferiority.” As an example of that, the article mentions how Europeans constructed their identity as “White”, putting them in a place of superiority, treating the darker-skinned as the “others” and using this narrative to justify violence and discrimination against those people. This mindset is not restricted to either America or Europe.

Researchers also draw attention to the fact that although Black Americans still have different opportunities in education, health, employment and income in comparison to White Americans – as it was proven in statistical realities (eg. American Psychological Association Presidential Task Force on Educational Disparities, 2012; US. National Center for Health Statistics, 2016), many White Americans deny this reality. To explain this mentality, the paper mentions two tools that produce ways of seeing the world from a racist perspective. The first one is the lack of critical historical knowledge. To study that, the authors explored displays for Black History Month in predominantly White and predominantly Black schools. The result described in the article was: “White schools tended to highlight abstract conceptions of diversity or focused on individual achievements while ignoring the racial barriers that made such achievements extraordinary. In contrast, displays from predominantly Black schools made more explicit reference to racism (Salter & Adams, 2016).” So, since the predominantly Black schools tend to study more about racial topics regarding the history of America and the rest of the world, they made clearer remarks about racism in the study of Black History Month.

The second tool that produces ignorance about racism is a colorblind ideology, which mandates that “race doesn’t matter”, tactically affording denial of current realities regarding racial inequalities and making privileged people think they have advantages only due to their hard work.

The article finishes with a discussion about how representations of history can not only shape our actions and views of the world but also be examples of racism reproduced through our preferences and selections. The authors use the Thanksgiving – one of the most important American holidays – as an example of how society celebrates a holiday that commemorates the triumph of the Pilgrims over cold, hunger and death, but at the same time, is totally silent about the wrongdoings perpetrated by early American settlers against indigenous people. This silence is reproduced in the American cultural practice: “… annual presidential speeches for the “first American Thanksgiving” are saturated with national glorification themes (e.g., American exceptionalism, manifest destiny) and minimize the experiences of indigenous peoples (Kurtis¸, Adams, & Yellow Bird, 2010).”

Such narratives reproduced by society are not neutral:

“… these studies illustrate how people preferentially select some representations of the past and decline to select others, thereby investing in racism affording constructions of reality that serve interests of maintaining White racial dominance (cf. Lipsitz, 2006).”

Finally,  Phia, Glenn, and Michael suggest that there is no change without action. According to them, it is crucial to educate people on their responsibility whilst reproducing narratives that represent white people as superior. The researchers give some examples of actions taken to dismantle structural racism, such as the Columbus Day for indigenous peoples, which happens every year in New Orleans to celebrate the native people who lived in America. 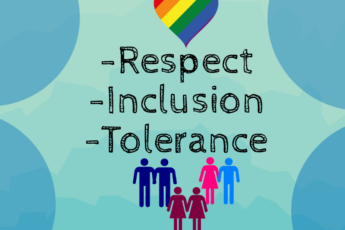 « Previous post
A snapshot of terrorism in Africa
Next post »
ARGENTINA: EXPONENTIAL INCREASE OF GENDER VIOLENCE IN ARGENTINA