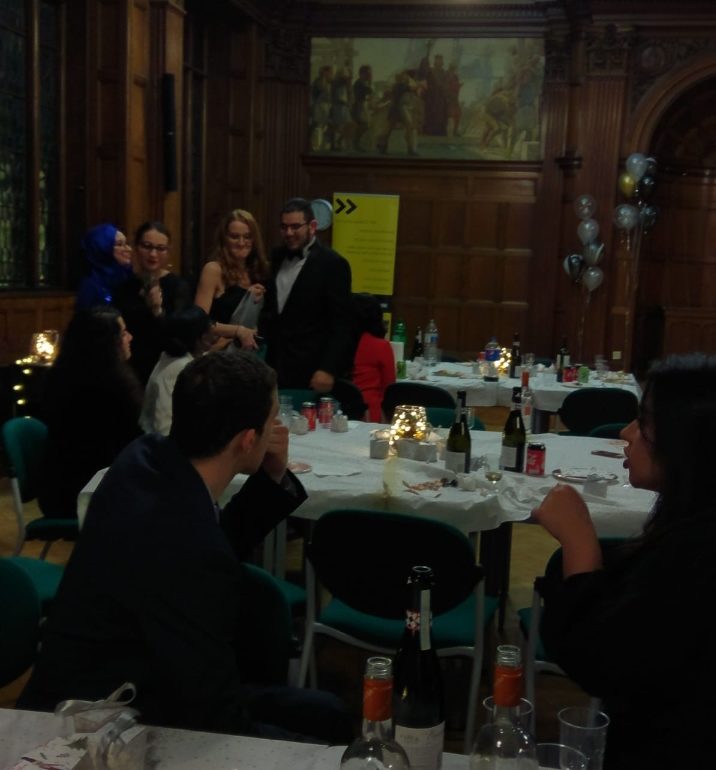 According to the Democratic Education Network (DEN) website, Student Action for Refugees (STAR) is a “national student-run organisation that aims to raise awareness on refugee issues and promote the integration of refugees and asylum seekers into society”. The University of Westminster hosts its own STAR affiliated society called Students4Refugees and its message is better transmitted because of the sheer number of international students. As an international student myself, I will certainly take what I learned about refugees back home.

This article will cover mostly the Christmas Dinner that took place on the 1st of December but also it’ll also touch another event organised by students to engage with refugees and celebrate diversity, the special edition of DEN’s International Food Festival, which featured food made by refugees who live in a Hopetown community centre.

On the 22nd of November, refugees from a Hopetown community centre brought food they made personally to the International Food Festival along with accounts of their experiences and difficulties they have faced. An hour or so in the Food Festival, Professor Farhang Morady held a speech, describing to students his experiences as a refugee because he used to be one when he left Iran. Soon after, he gave the floor to the refugees from the community centre to talk about their experiences. I noticed that these stories had in common one thing; strength. It takes strength to reach out to people and tell them your story.

The International Food Festival organised in partnership with Hopetown’s refugees was a primer for the main event, the Christmas Gala. Raising awareness on difficulties faced by refugees is important but the Students4refugees society decided to take a step further and organise an event to raise funds to them.

The Christmas Gala was held on the chilly evening of the 1st of December. It happened in the University of Westminster’s Regent Street Campus and it had quite a number of highlights including a raffle which guests could participate in by donating to the cause. According to one of the organizers, Camille, the funds raised will be used to create “kits”, which include supplies necessary for going to school. She emphasized that for refugee children go to school is much harder because not only they have to cope with not having resources for learning but they also face discrimination based on their unfortunate situation. 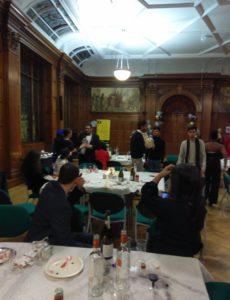 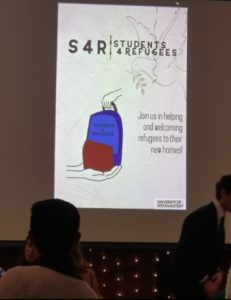 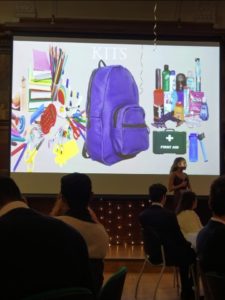 I got the chance to talk to another organizer, Anna, and when asked about the reason behind the timing of the gala and its goal, she responded with:

I agree with this statement, I did have fun while contributing to a great cause. I was not fortunate enough, however, to win anything in the raffle.

Another highlight of the gala was having Rita, a Westminster Alumni, talking about the importance of being informed and having all the facts with you when tackling a sensitive issue such as refugee rights. She completed a bachelor’s degree in International Relations which she supplemented with a Law degree. Her opening statement was:

She continued talking about her work experience at the Refugee Council and the Notre Dame Refugee Centre as a housing and welfare rights advisor. She quickly realised however that her initial degree was not enough to make a positive impact on her work field.

“I realised that I have to get expertise in whatever I do. I attended training sessions on asylum seeker rights. I learned about section 95, section 4 “

She concluded by urging students not to be content with just their degree but master the skills necessary in their desired career.

“You see news about refugees on TV and you think that it’s horrible and you just want to go there and help them. But what you have to ask yourself is what makes you eligible to help them?”

I agree because when it comes to these kinds of issues, they need to be handled by competent and passionate people. Afterwards the gala continued with the auction and the raffle and then classy social drinking.

To conclude, these events have served a great cause and even though I do not have the numbers I heard that quite a lot of funds have been raised thanks to these two events. Sadly, I have not won anything material from the events but what I did win was plenty of knowledge and good memories. 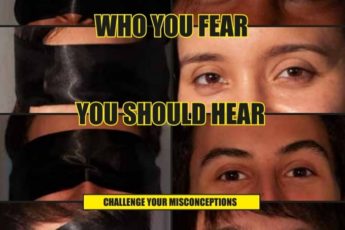 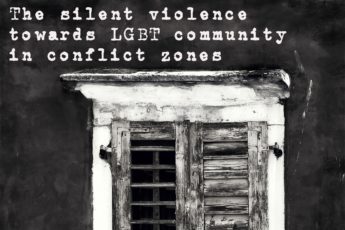